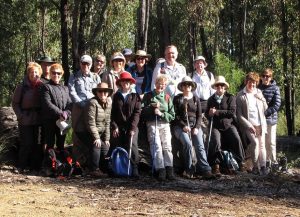 was established 35 years ago as a social club for outdoor activity enthusiasts with a passion for bushwalking, cycling and kayaking, as well as abseiling, indoor sky diving and snorkelling.

The Abyssinnia Rock bushwalk and picnic lunch is a favourite of AOA members and club visitors. The Rock itself can be climbed as a detour off the Bibbulmun Track and provides good views to Mounts Vincent, Cuthbert and Randall in the monadnocks area to the south. The walk follows the Bibbulmun Track from the Brookton Highway and takes in a variety of terrain. There are always new and exciting things to see on every trip. It’s an invigorating walk on a winter’s day, and in springtime the wildflowers along the track are spectacular.

BOWA holds an autumn camp each year. The base for this year’s camp was the little country town of Nannup, 260km south of Perth on the Blackwood River. The 3-day program attracted 25 club members and allowed for plenty of socialising and invigorating day walks designed to sweep away last summer’s cobwebs. The keenest walkers completed walks of 21-22km each day, while shorter options appealed to others in the unseasonably warm autumn weather. The walks were mostly on track, with some off-track walking through open jarrah forest near Nannup. The trails walked near Nannup over two days included the Old Timberline Trail and the Sidings Rail Trail (part of the Munda Biddi MBT), with visits to Barrabup Pool and Workers Pool along St Johns Brook. A third day was also spent further northeast, walking the trails in the Greenbushes-Balingup area, including the Greenbushes Loop, the New Zealand Gully Walk and a section of the Bibbulmun Track. The great weekend away was rounded off with a final, celebratory group supper at the Nannup Hotel. 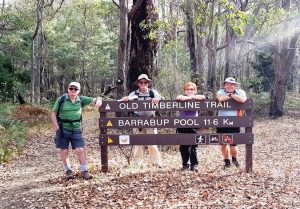 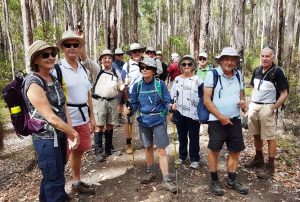 celebrated its 50th anniversary in May this year with a weekend of bushwalking, workshops and camaraderie for members at Nanga in Lane Poole Reserve near Dwellingup. The Club was founded by Geoff Schafer in 1969. He remains a life member. Geoff was also the instigator of the original Bibbulmun Track in 1972 and is currently patron of HikeWest.

A small group of the club’s members also recently enjoyed a two week 4WD-based camping and walking tour of the eastern Pilbara, including the gorge walks of Karijini National Park, the popular Mount Bruce climb, off-track day walks in more remote areas of the Ophthalmia Range, plus visits to the Punda rock art site and Hickman Meteorite Crater, the latter only discovered in 2007. 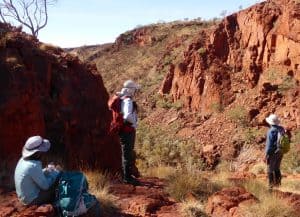 WWC, WA’s oldest bushwalking club, established over 80 years ago, still maintains its strong tradition of a program of regular walks and social activities. A recent activity, a weekend camp on Rottnest Island, included walking three of the trails which form part of the Wadjemup Bidi. All the hiking trails on the Island are easily accessible, extremely well marked and not difficult.

Along a section of the Ngank Wen Bidi, toward the western end of the Island, the group were rewarded by witnessing the wide faunal biodiversity, ranging from the very large to the very small, including: a whale on its early migration northward; a pod of dolphins fishing; the resident colony of NZ fur seals below Cathedral Rocks; plus the ospreys which nest around the Island. And who could not stop to admire the efforts of the dung beetles working to manoeuvre precious quokka droppings?!

For upcoming bushwalking activities (HikeWest Member Clubs and other HikeWest Affiliates and Supporters): 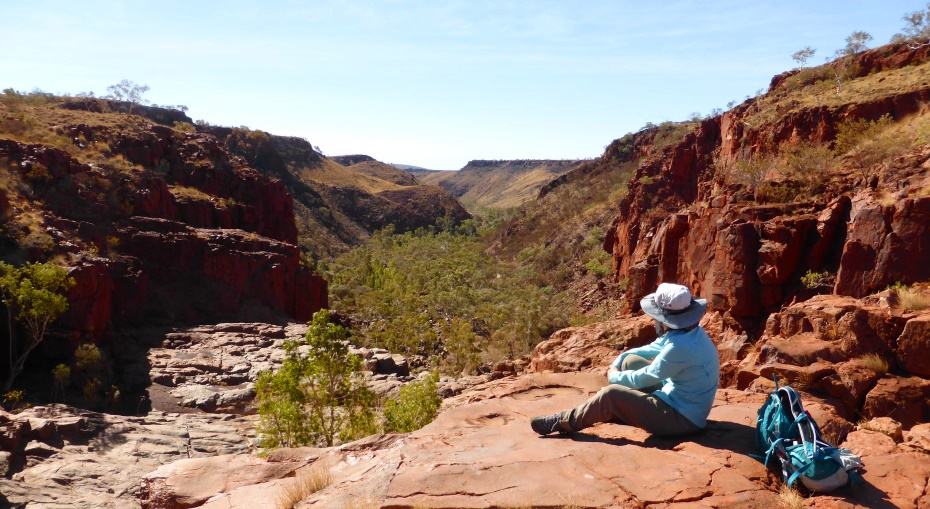