Most bushwalkers walk in nature because they love the environment. They aren’t about to thoughtlessly damage it. By following HikeWest’s Minimum Impact Bushwalking Code and adhering to good bushwalkers’ standards they will minimise their impact on the natural environment that provides us with so much pleasure.

All walkers are encouraged to stay on trails when possible, for reasons of safety, ecological hygiene and compliance with parks management zonings etc. But there are many suitable areas where experienced bushwalkers may legitimately go off-track to enjoy a quieter, more immersive walk in nature, away from the comfort of the formed and often busy trails. Read More

Their activities may include walking on unmarked routes which are typically exposed to low levels of activity. These walks are classed as ‘Grade 5’ in the Users guide to the Australian Walking Track Grading System and are suitable for experienced bushwalkers having good navigation and emergency first aid skills.

Known off-track walk routes in the Darling Range near Perth have been walked by bushwalking clubs and others over many years yet mostly show no evidence that walkers have passed through. Yet off-track bushwalkers are occasionally accused of thoughtlessly ‘trampling’ and ‘bush-bashing’ through sensitive vegetation in our diminishing forest environment. It is a naive and uninformed accusation:

The following local conditions minimise potential impacts and help ensure the sustainability of traditional off-track walking in this region: 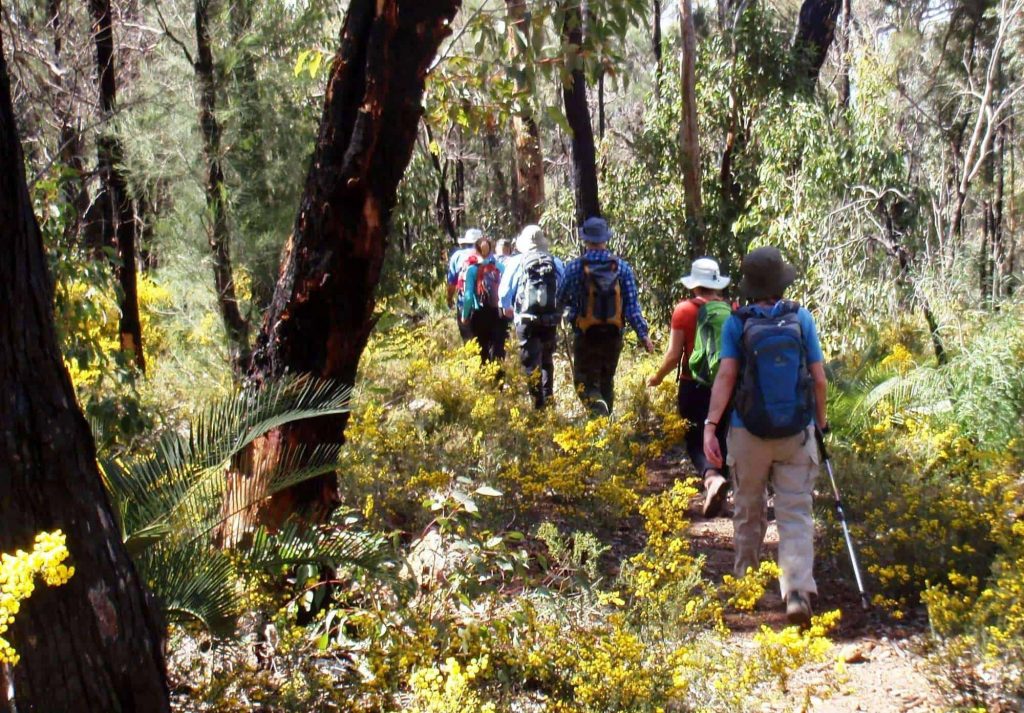 HikeWest is finalising plans to hold the inaugural WA Hiking Expo on 3 May 2020. […]